The FTG Mourns the Passing of Steve Ross 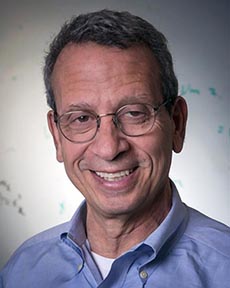 Dear FTG Members and Fellows, I am writing on behalf of the FTG board to pass on the sad news that Steve Ross, a Fellow of the FTG, died last Friday. Although Steve was perhaps best known for his work in asset pricing, his early research includes two path-breaking contributions to agency theory. His 1973 AER paper, "The Economic Theory of Agency: The Principal's Problem," is a pioneering exploration of the principal-agent problem.  In 2011, the AER selected this paper as one of the top 20 articles it had published in its first 100 years, writing that the paper "was the first to describe and analyze the canonical principal-agent problem with moral hazard …. It solved for the optimal compensation scheme using the first-order approach, and compared the solution to the first-best arrangement, noting that the two generally diverge …. In only a handful of terse pages, it anticipated many of the central issues with which the subsequent literature was concerned." His 1977 Bell paper, "The Determination of Financial Structure: The Incentive-Signalling Approach," pioneers the use of signaling models to explain capital structure.  Better firms issue more debt to separate from worse firms.  As with his moral hazard paper, this anticipates many themes that the literature would later explore in more detail. Much of the research pursued by FTG members and fellows builds crucially on this pair of seminal papers.  Steve's death is a huge loss to financial economics. Philip Bond President, Finance Theory Group